My Little Pony cancelled on Boomerang

Those who haven't noticed the change, the show page for My Little Pony: Friendship is Magic has currently changed. The page still has its background image, but there is a section that reads "You are not authorized to access this page." The show has also been removed from the carousel from the top of the website.

The show, however, does come up on the list on the TV Guide page. so, you can still view the TV Guide page for My Little Pony here http://www.boomerangtv.co.uk/shows/my-little-pony/tv-guide
Note: There is an error, which gives the show description for Dexter's Laboratory.

It is said that the show will not return to the network (i also checked it has been removed from Virgin Media's on-demand list), due to Turner no longer owns the rights to the show. So fans will be disappointed to hear that the rest of Season 2 and the 3rd Series may not be coming to the UK. The show's run was only at a 15:00 slot, which is a really bad after-school time for any one watching it. I didn't catch this show as it premiered just after i stopped getting the channel. Meanwhile, the show has recently aired on Boomerang over in Australia and Italy.
Posted by BoomerangArchiver at 07:21 1 comment:

Films being played are:

Garfield's Fun FestThe tubby cat finds his title at the annual talent competition under threat after he loses his ability to be funny. In an attempt to recapture his sense of humour, Garfield and Odie embark on a journey to find a frog who knows all about making people laugh.
Saturday 1st December 10:00
Saturday 2nd December 18:00

Very little change on Weekends. Casper's Scare School gets only one slot in the mornings at 7:30. Its evening slot has been replaced by The Looney Tunes Show at 20:30, moving from its morning slot at 6:30, which that will be replaced with Pound Puppies (the 2010 series).

Special events will be mentioned in separate posts. 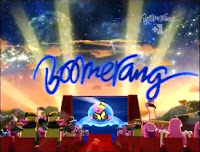 No huge difference this month.

Pound Puppies (the 2010 series), makes it's return on Boomerang. It will air on weekdays at 9:00, and on weekends at 6:30. This means The Land Before Time will be gone (again). Also, Casper's Scare School gets another weekday slot at 12:30, reducing The Garfield Show at 12:00 to have one-half hour.

I don't think the preschool morning may have any relation to Cartoonito, as Pound Puppies was aired only on this network. If they are airing this 3-hour long as an alternative viewing for younger viewers, why won't they air A Pup Named Scooby Doo or Tom & Jerry Kids? they're based on Boomerang's popular characters AND are younger versions anyway. Even Baby Looney Tunes could pass this.

Tom & Jerry: A Nutcracker Tale
When Jerry visits an empty opera house with Tuffy, he makes a wish for the chance to perform. His dream comes true, and he is transported to a magical kingdom where he dances with a musical box ballerina. However, a group of alley cats, led by the mischievous Tom, wreak havoc on the enchanted world and steal the ballerina. Jerry, Tuffy and their new friends set out on a mission to put things right.


Posted by BoomerangArchiver at 13:19 No comments:

Charlie and the Chocolate Factory (2005)
Impoverished Charlie Bucket wins the last of five golden tickets hidden inside chocolate bars, entitling him to a guided tour of Willy Wonka's mysterious sweet factory. But it's an adventure that will have different results for all the children involved.

As November reaches its end, The last weekend marathon is a back-to-back Scooby fest.

From 9:00 to 21:00, a 12-hour marathon of non-stop Scooby Doo shows and movies will play on November 24th and 25th. As various shows are played at different times, the schedule is as follows:

Films airing that week are as follows:

Scooby Doo and the Goblin King
Scooby-Doo and Shaggy must go into the underworld ruled by the Goblin King in order to stop a mortal named The Amazing Krudsky who wants power and is a threat to their pals, Fred, Velma and Daphne.

Scooby Doo: The Movie
The Mystery Inc. gang have gone their separate ways and have been apart for two years, until they each receive an invitation to Spooky Island. Not knowing that the others have also been invited, they show up and discover an amusement park that affects young visitors in very strange ways. Fred, Daphne, Velma, Shaggy and Scooby soon realize that they cannot solve this mystery without help from each other.

The New Scooby Doo Movies: The Mystery of Haunted Island
When they try to take a picnic cruise, the gang along with the Harlem Globetrotters, gets tricked into going to Haunted Island. They soon run into a mystery and it's keeping everyone awake.

Scooby Doo - The Mystery Begins!
Teenage detectives Fred, Velma, Daphne and Shaggy, along with a dog named Scooby, fight to clear their names after being suspended from school following accusations they staged a spooky practical joke.

Scooby Doo and The Samurai Sword
When an ancient legendary samurai is resurrected, the ghoul-hunting gang must locate an ancient magical sword before he can get his hands on it.

The New Scooby Doo Movies: The Great Crusader Caper
The Great Dane and his mystery-solving friends are asked by Batman and Robin to investigate a counterfeit money operation involving Penguin and the Joker.

Scooby Doo: Camp Scare
The cowardly canine and his friends investigate a summer camp where spooky things are rumoured to be going on. They discover that any time anyone tells a ghost story around the camp fire, the creature in the tale becomes real, leaving them with a series of monsters to deal with. 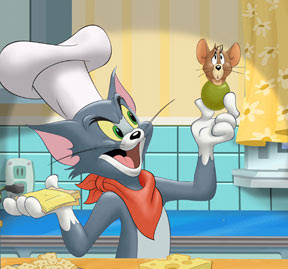 On November 17th and 18th, Boomerang will air a weekend marathon on Tom & Jerry. 2 movies will air at 9:00 and 18:00, with back-to-back episodes of Tom & Jerry on Saturday and Tom & Jerry Tales on Sunday. The movies listed for airing are as follows: 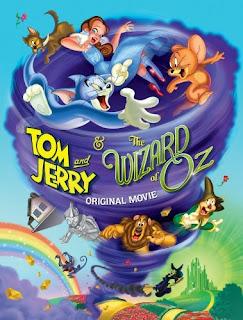 Tom & Jerry and the Wizard of Oz - 9:00
The cat and mouse put aside their rivalry when they are transported to a magical world by a tornado. They help a farm girl who has also found herself there to return home, which leads to them battling a wicked witch.

Tom & Jerry Blast Off to Mars - 18:00
The cat and mouse continue their running feud in outer space when they accidentally board a manned flight to the Red Planet. When they realise the alien inhabitants are planning an attack, the quarrelling couple are forced to put their differences aside and save Earth, with the help of a friendly Martian.

Tom & Jerry Meet Sherlock Holmes - 9:00
The famous detective comes to the aid of a singer who has been framed for a series of jewel thefts. He enlists the help of the cat and mouse in finding the real culprit, but has a hard job getting the old rivals to work together.

Tom & Jerry: The Movie - 18:00
Animated adventure in which the duelling cat and mouse duo are forced to work together for a change after they are thrown out on the streets. The pair come to the aid of a girl living with her wicked aunt, and help her to find her missing father.


Posted by BoomerangArchiver at 09:30 No comments:

Boomerang Cinema airs ever Wednesday, Saturday and Sunday at 18:00. 3 Different Movies will air each week, or will run with each movie repeating at a different day per week.

This Week, only Wednesday's movie is featured on this post, as there is a Tom & Jerry weekend with extra movies on Nov 16th and 17th. More on that will be confirmed in a separate post.

Scooby Doo: The Movie
Two years after a clash of egos caused the disbanding of Mystery Inc, Scooby-Doo and his teen pals are summoned to Spooky Island holiday resort to investigate a series of paranormal incidents. But in order to crack the case, the feuding gang must first of all overcome their personal differences.

Boomerang is full of Beans.

Back-to-back episodes of Mr Bean (Animated AND Live-Action series) will run from 9:00 to 18:00, on November 10th and 11th. Starting with the 1st ever episode of the Live Action series.


Posted by BoomerangArchiver at 07:08 No comments:

This specificly will be a weekly post, as I can only get the info that way.

Boomerang Cinema airs on Wednesdays, Saturdays and Sundays at 18:00. Each week, there are different movies, but mainly it will be Tom & Jerry, Scooby Doo or Garfield. Sometimes, the films will run again on a different day (like the Cinema schedule for Boomerang CEE).

This weeks films are:

Garfield's Fun Fest
The tubby cat finds his title at the annual talent competition under threat after he loses his ability to be funny. In an attempt to recapture his sense of humour, Garfield and Odie embark on a journey to find a frog who knows all about making people laugh.

Tom and Jerry: Shiver Me Whiskers
The cat and mouse duo take to the high seas in search of missing treasure, but face competition from three pirate brothers.

Posted by BoomerangArchiver at 07:02 No comments:

Episodes of Tom & Jerry, Scooby Doo Mystery Incorporated, Tom & Jerry Tales and What's New Scooby Doo will air in hour blocks during the day, plus 4 movies: a movie double at 9:00 and a Scooby film at 14:00 and 17:00.


The movies airing are as follows: