A few changes are already said on the Weekday/Weekend posts, but i'll mention them again.

This month is going to be a big one for Boomerang UK, as we see two new shows, a new look and all-new premieres.

Dreamworks Dragons will premiere on Boomerang from 2nd February at 4pm, replacing Riders of Berk which will air only on weekends.

Boomerang Cinema will return on Wednesdays with Pick n Mix Movies at 6pm.

Scooby Doo returns in an all-new special The Spooky Scarecrow. it will premiere on the 14th February at 8am, along with a marathon of back-to-back mysteries.

This will lead into the big half-term event, as the new branding has been confirmed to launch from the 16th. Joining the rebrand is the UK premiere of the CGI series, Inspector Gadget, which will air at 8am. And at 8:30, there's also new episodes of The Tom & Jerry Show.

And if that isn't enough for our cat and mouse duo, they'll also be getting a weekend marathon in celebration of their 75th anniversary.

Stay tuned for further updates.
Posted by BoomerangArchiver at 13:02 1 comment:

No big changes this month. And while most of Europe has announced it's rebrand, there has yet to be any news/update on when the UK will make its launch. It's more likely to do so by surprise, or possibly on a Wednesday like it's last brand.

The main highlights for this month are:

Boomerang Cinema will return on Wednesdays at 18:00.

Dragons: Riders of Berk will replaced with it's newest series, Defenders of Berk. It will remain running at 16:00 and 19:00.

Coming to Boomerang UK in 2015


This year in the United Kingdom and Ireland, Boomerang will re-brand from it's European ribbon look to the new global style. The Global Rebrand was originally announced in the United States, and has already come out in Latin America, Australia, Asia and France. The UK will rebrand in February, along with Italy, Central and Eastern Europe, Germany and the rest of the world. 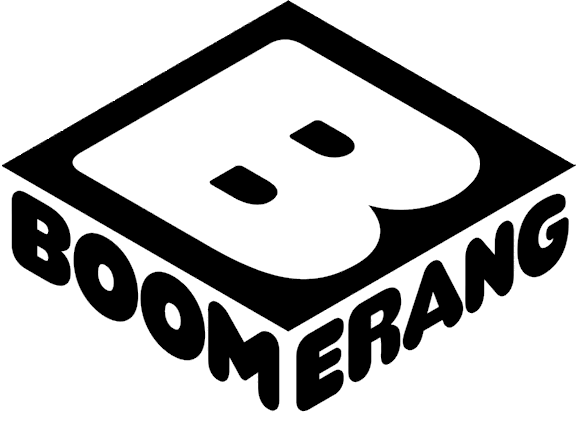 Boomerang UK will remain the home for it's current classic hits, including Tom & Jerry, Scooby Doo and Looney Tunes, along with their more recent programming, Pink Panther & Pals and The Garfield Show.

New Shows in the line-up for 2015 include Inspector Gadget, Dreamworks Dragons: Defenders of Berk and Cartoon Network's Over the Garden Wall. Bugs Bunny gets his own spin-off in the new show Wabbit, and the Mystery Inc gang return for more mysteries in their next reincarnation Be Cool Scooby Doo.

There will also be new episodes of The Tom & Jerry Show, Mr Bean: The Animated Series and The Jungle Bunch: To The Rescue, plus more movie premieres from Boomerang Cinema.

Futher information on these new shows and more will be posted when available.

Posted by BoomerangArchiver at 03:25 No comments:

There is a change to the late-night schedule after all.

LazyTown replaces The Garfield Show at 3am, airing another triple bill after Skatoony.

Scooby's All-Star Laff-a-Lympics will be gone from the schedule, as the 4:05am classics lineup changes, starting with Wacky Races, Dastardly & Muttley, Top Cat and two episodes of The Flintstones.