After the surprise addition of Tiny Toons returning earlier in September, it appears another classic returns to the UK again but on Turner's Preschool channel. Tom & Jerry Kids, the 90s series starring a younger version of the cat and mouse, returns to Cartoonito in October. The series has previously aired on Cartoonito when CN Too started adding preschool content in the mornings, along with Pororo the Little Penguin, Roobarb & Custard Too and Firehouse Tales. Having previously aired on CN and Boomerang as well, it lasted for a long time, then would come and go. Other times it has aired on early mornings as part of Tom & Jerry themed marathons.

The show is split into 3 segments, each running at 7mins, and originally consisted of two Tom & Jerry shorts sandwiched with another segment. As mentioned in the theme song, there's Spike & Tyke, and Droopy & Dripple, and introduced several other characters, like Wildmouse and Calaboose Cal. The show lasted for 4 seasons, but has continued airing in various countries on Boomerang and Cartoon Network. Droopy & Dripple were later given a spin-off known as Droopy Master Detective. Season 1 has been released on DVD as 2 discs, under the names "Baby Tom and Jerry" (which tied in with the WB UK's Big Faces range, and to follow from the Baby Looney Tunes DVD releases), while the entire show is available on DVD in Germany.

The show's return on Cartoonito will begin on Oct 4th, airing everyday at 16:00, with a additional slot on Weekends at 13:25.
Posted by BoomerangArchiver at 06:21 4 comments:

Is this the end for Doraemon? 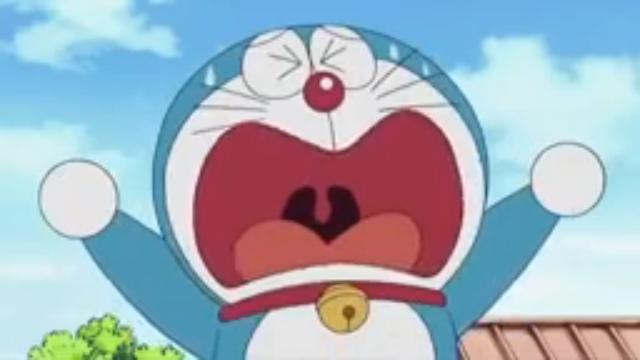 It's no surprise that Doraemon hasn't been given a warmer welcome on Boomerang, and to the United Kingdom as well. As mentioned in the earlier posts, the show will be gone completely, and is being replaced with The Tom & Jerry Show on weekends.

As those who weren't aware, the show premiered around the middle of August, airing only one slot a day (07:30). A new episode would air on Weekdays, followed by a repeat on Weekends. But this clearly isn't enough for a new show to broadcast. It could be that the show was at a bad time to broadcast when children/families wouldn't be awake at around 07:30/08:30 to tune in this show. And anyone who was keen to watch it probably couldn't due to poor timing, or the lack or any technology to record and catch up on the show (i.e Sky+, Tivo, etc).

Many other shows went through this problem in the past. Already brought up before was the half-season run of Tiny Toon Adventures, and the popular series My Little Pony: Friendship is Magic being lost to POP!/Tiny Pop. Also leaving Boomerang is The Jungle Bunch: To The Rescue. This premiered last autumn, and later moved to late-nights in June. It has been mentioned (not official) that only Season 1 has been airing, and it's 2nd season may not be bought Turner after all. A similar fate may have been the cause for The Owl & Co, which started in May, running only on weekends, and lasted only until mid-July before disappearing completely from schedule, and no trace of any comeback.

However, I wanted to bring up Doraemon specifically because this is a Japanese anime show that's been made many years ago, being run in various countries before being in English, having just been dubbed specially for the UK, and has been performing poorly for almost two months now. And, unless I'm mistaken, the first and only Anime cartoon to air on Boomerang.

Now, it could be the off-chance that Turner is putting the show on hiatus, and may re-run the show later this year with new episodes, or continue discreetly on late-nights (The Raccoons aired like this back in 2007), but from I'm seeing by it's poor scheduling choice and the possibility of poor ratings, Doraemon may be dropped entirely from Turner, and later bought to another company that's interested (Much like the moving transition for My Little Pony: Friendship is Magic).
Posted by BoomerangArchiver at 15:54 2 comments:

No major changes to the schedule, apart from late nights removing the Jungle Bunch.

UPDATE: Scooby Doo will alternate various shows each day at 08:00 and 17:00. Be Cool Scooby Doo, which will start on Sunday 4th, will air on Tuesdays and Thursdays. Wednesdays will run the new show at 17:00, followed by a Scooby Special and Boomerang Cinema.

Posted by BoomerangArchiver at 02:48 No comments:

Doraemon will be gone from the weekend schedule completely this month.
Jungle Bunch to the Rescue will be gone, meaning Late-nights will be nothing but 4 hours of LazyTown and 5 hours of The Garfield Show. Garfield takes his 21:00 slot back, giving him an hour.

Saturday:Mornings will be replaced with double bills of Tom & Jerry and Scooby Doo at 07:00.
George of the Jungle will replace Inspector Gadget at 19:00, with New episodes.

Sunday:
Sonic Boom will be gone on Sundays, replaced with an hour of Looney Tunes. Mr Bean will replace Tom & Jerry at 07:00.

Also gone on Sundays are George of the Jungle and Inspector Gadget.

The new show Be Cool Scooby Doo will launch on October 4th, as part of "October Dooby Doo".

(Scooby Sundays schedule may alter on a weekly basis. Specials and movies will be listed on the Boomerang Cinema post)

Make Shake and Jake will air another episode on the 23rd September, instead of Mr Bean at 21:00.
Posted by BoomerangArchiver at 08:50 No comments:

This was a bit of a surprise to find during the summer, but the Tiny Toons are indeed returning to UK television this month. 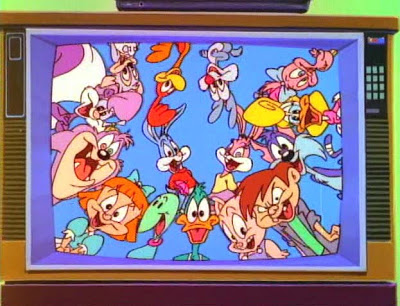 Since Turner owned the show, CN was first to air it in the 90s (this may not be true, but they did run other shows like Taz-Mania and Animaniacs). The show then had a short run on Boomerang, airing only 10-13 episodes on it's premiere. Between that, only the special "It's a Wonderful Tiny Toon Christmas" remained airing on Boomerang during the festive season, with no word as to why the show was pulled or to be returned. The show has surfaced on Boomerang in other countries, like France and more recently in Central and Eastern Europe.

Now, here's where things tend to cause a problem. Tiny Toons will return to the UK from Monday 13th September. But it will premiere on Cartoonito. Rumors about this occured when Turner Media Innovations placed an image of the show on the Cartoonito page. This is now official, as the date confirms it. The show debuts at 5pm, and will repeat later on at 7am, 9am and 1pm. Weekends see repeats of it, with Baby Looney Tunes mixed inbetween (some sort of event?). As Cartoonito is aimed for preschool, this could mean the show will be downgraded and may edit out a lot of references and mature humor. Much like how Boomerang has recently done with it's programming.


So, this may not good for nostalgia fans, having to tune in to a preschool station just for this show. Whether or not the show will return to Boomerang is unknown.
Posted by BoomerangArchiver at 10:17 No comments:

To tie in with the Anniversary and new episodes, a mix of the animated series and live-action series will run from 09:00 to 17:00.

Wabbit - Bugs Bunny returns in his own new show, capturing the spirit of his original cartoons, as he faces familiar foes like Wile E Coyote and Yosemite Sam, and joins new friends like Squirrel.

Be Cool Scooby Doo - Scooby and the gang are back, solving more mysteries and getting into all sorts of crazy capers.

These new shows have already been announced to debut in other countries, but yet to be confirmed for the UK.

Also in the highlights for the remainder of Autumn are Sonic Boom and George of the Jungle.

Doraemon and The Owl & Co do not appear to be mentioned at all on here. Also, looking back from the 2015 reel, Over the Garden Wall isn't on here, which was already aired a few times on Cartoon Network.


Posted by BoomerangArchiver at 04:26 5 comments: